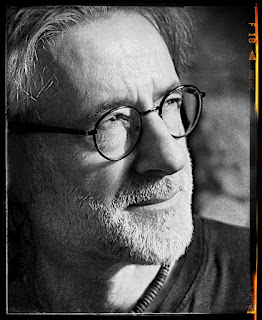 Richard Barry is a British artist. He started his formal education in the mid 1970s at Plymouth School of Art in the UK, where he was taught by Alexander Mackenzie, a leading member of the ‘St Ives School’ group.

Subsequently, he attended Stoke-on-Trent School of Art and, after graduating, moved to London, working in illustration for clients in advertising, publishing and television -- 'Saatchi & Saatchi', 'Cosmopolitan', 'Channel 4' and many others.

At the end of the 1990s he returned to fine art and his iconic paintings are now widely collected.

His studio is a converted chapel in Cornwall.